ESLint and Prettier for Your React Apps

Building high-quality apps is hard for many reasons:

That’s why nowadays, there are many tools that allow us to write quality code and make sure our apps don’t break. You may think of testing tools like Jest, React Testing Library or Cypress at first, but before even writing tests, you can add a first layer of safety in your app with a linter.

A linter analyses statically your code. It means it checks out the code without executing it. But why use a linter you might think? Because you can build an app while writing awful code. Thus, it’s essential to have a tool that spots for you common errors and bad practices.

The best part of a linter is that it can find potential errors in your code that don’t look like them. As an example, here is a for-loop that, at first glance, will log numbers from 0 to 4:

However, it logs five times 5. Curious, right? The reason behind this is that the var keyword is function-scoped. As there are no functions here, i will be a global variable. Thus, by the time the first setTimeout’s callback finishes runnig, the loop has always been executed and so, the last value of i is 5.

You can fix this behavior by using the let keyword, which is block-scoped:

This time, each iteration has its own i variable and is not declared globally.

It’s almost impossible to guess what would happen here if you haven’t run into it at least once in your developer’s life. But a linter can! It would see you’re using the var keyword in a for-loop and that inside this loop, you’re using a function that references variables outside of its scope which seems like a bad practice. Thus, it would throw an error at you and you would know what to do.

Now that you saw why linting your code is important, let’s discover ESLint. It’s an open-source project originally created by Nicholas C. Zakas which provides a pluggable linting utility for JavaScript.

Basically, ESLint parses your code, analyses it and run linting rules that may trigger warning or errors to let you know if your code is right or wrong. For example, one popular rule is no-undef: it makes sure your code doesn’t have any undeclared variables. With no-undef, the following code would be incorrect:

Indeed. ESLint wouldn’t know what add refers to and would throw an error at you. You need to explicitly declare add to correct it:

You can install ESLint in two different ways:

I recommend that you install ESLint directly in a project. Indeed, if you install it globally, you could make ESLint clashing with your other projects or with other developers (and then you could run into one these “It works on my machine!” problems).

Note: You can also use the ESLint extension for VSCode. It’ll deeply improve your developer experience by highlighting errors and warnings directly in your code.

What’s great with ESLint is that it’s highly configurable. All you have to do is to create a .eslintrc file at the root of your project and then you can run ESLint on any files you want.

Note: it is also possible to define an ESLint configuration inside a package.json file. For that, just put your configuration object in a eslintConfig key.

This configuration file takes the form of a JSON object. You can specify many options to do so:

The parserOptions: tells ESLint how you want it to parse your code. Most of the time, you specify which ECMAScript version (ES6, ES2018, etc.) you are using with the ecmaVersion key. This is also where you tell ESLint if you use ECMAScript modules (import and export) by setting sourceType to module.

environment defines predefined global variables you’re using. For example, Jest allows you to use global variables in your test files such as describe, it or test. However, ESLint won’t know what these variables refer to if you haven’t explicitely told it. For that, set jest to true.

You might be sometimes declaring global variables by yourself. Then, you need to add them in this object.

Caution: you have to install the plugin as a dev dependency if you want your rules to work properly.

These are the linting rules we were talking about before. Each rule has a value that is either off if you want to disable the rule, warn if it should show a warning or error if it should throw an error.

Allows you to extend your configuration file from others configurations. A popular one is react-app provided by Create React App. That’s also in extends that you can use popular style guides such as the one of Airbnb, Google or Standard.

You can modify ESLint’s configuration inline with special comments. As an example, you could do the following to the incorrect code related to no-undef:

With that, ESLint will stop complaining.

Use it with caution though! It’s not a good idea to disable ESLint every time it spots errors, it often means something’s wrong with your code.

ESLint has a CLI to lint files. You can find all the options on ESLint’s docs. The one you will use the most is the --fix option which fixes the files when ESLint can. For example the following command lints every file present in the codebase:

Then you can include these scripts in your package.json file:

You can use these scripts using the npm run command. One will just lint the codebase while the other one will lint and try to fix whatever it can fix.

Here is an example of a .eslintrc file:.eslintrc

In this configuration, we:

Here is another ESLint configuration:.eslintrc

If you’re curious, you can also check out what the configuration of create-react-app looks like under the hood, it’s really interesting!

You now know how to enforce some guidelines in your project and avoid common pitfalls with ESLint, Great! Now what? Formatting your code.

Imagine you work in a team of three developers on the same project:

Then, what happens if you need to collaborate on a same project? Well:

How can you fix it? Use a common code style. How to do it? With Prettier: an opinionated code formatter. It obviously supports JavaScript but also many other languages like JSX, CSS, JSON or Vue.

You can install Prettier in two different ways:

Just like ESLint, I recommend that you install Prettier in a project instead of globally because it could be clashing with other projects.

Note: You can also use the Prettier extension for VSCode. It’ll deeply improve your developer experience by formatting your code from VSCode.

Prettier as said above is an opiniated code formatter. They will format your code by default in a way that you may not like. But they allow you to modify a few things. You can configure it via a .prettierrc file or via a prettier key in your package.json file. As an example, here are some rules you can configure:

Click here if you want to find more option.

Prettier, just like ESLint, has a CLI to format files. You can find many options on Prettier’s docs. The one you will use the most is the --write option which is similar to the --fix option of ESLint. For example the following command formats every .js or .jsx file located in a src folder:

Then you can use this CLI option to include a format script in your package.json file:

Now, you just have to run npm run format to format your entire codebase.

Prettier can format our code, but who said ESLint doesn’t? Indeed, ESLint has formatting rules too like max-len (similar to printWidth) or quotes. Well, if you use Prettier, you aren’t going to need such rules. Prettier replaces ESLint’s formatting rules but doesn’t replace code-quality rules.

Thus, you can integrate Prettier in your ESLint configuration by installing the following:

eslint-config-prettier disables rules that conflict with Prettier while eslint-plugin-prettier adds the rule that format content using Prettier. You can enable this configuration by using the recommended one:

Here is an example of a Prettier configuration:.prettierrc

Basically, it means that Prettier:

Let’s take an example of a simple yet messy React component and visualize the effects of Prettier by trying out its online playground:

That’s instantly more readable and trust me, you would have wasted your time formatting this by hand. So using a formatter is essential.

Lint and format at each commit

You can lint and run a codebase, great. But does it mean that now you should lint and format your code whenever you want? No!

If you use Git in your project - and who doesn’t - you can make use of Git hooks to run ESLint and Prettier before each commit or each push. Then, your code is constantly linted and formatted before deploying to production 😉

We’re not talking about the dog here. We’re talking about the tool that allows you to setup Git hooks very easily. Let’s say your package.json has the following scripts and you want to run lint and format at each commit:

Then, you can add Git hooks in two easy steps:

That’s all. At each commit, the command associated to pre-commit will be run and so your codebase will be linted and formatted.

pre-commit is by far the most used Git hook but you can also use other hooks like pre-push or post-commit.

Bear with me, this tool will be the last to setup. The more your codebase will grow, the more linting and formatting will be longer. Imagine you have more than 1000 components, you don’t want to wait for ESLint to lint all your codebase. In the end, the only files that need to be linted are the one that just have been modified. For that, you can use lint-staged. Indeed, this tool will make sure you’ll lint files that will be committed, that is to say, the ones that are staged.

To install it, you have to run the following command:

Then, for the configuration, you have to either add a lint-staged key to your package.json or a .lintstagedrc file. According to lint-staged docs, the configuration should be an object where each value is one or more commands to run and its key is a glob pattern to use for these commands. Here is an example:

This configuration will allow you to run ESLint and fix both .js and .jsx files. In the same time, it will run Prettier on .json, .css and .md files. For both keys, we use git add to add the potential modified files to the staging area before committing.

Setup ESLint and Prettier on a React app with a precommit

In this part, we are going to see how to setup Prettier, husky and lint-staged on an app generated by create-react-app. More precisely, we will:

Let’s create a React app. Go to the folder you usually work in and run:

Note: If you’re not able to use npx, it probably means you’re using an outdated version of npm (< 5.2). To solve it, either update npm or install create-react-app globally using npm install -g.

First, let’s see how to setup Prettier. For that we need to install in our devDependencies Prettier and its plugins:

Once done, we need to specify the options to Prettier. For that either create a .prettierrc file or add a prettier key to the package.json. We’ll choose the second option:

Let’s add the pre-commit hook on staged files. We need to install both husky and lint-staged in the devDependencies for that:

Then, we’ll add the pre-commit hook itself by adding a husky key to package.json:

If we leave this as-is, it will fail because we haven’t specified the configuration for lint-staged, so let’s do it right away:

Here we use ESLint to lint and format JS and JSX files. We also use Prettier to format json, css and markdown files. And voilà! You’re perfectly set up. Here is the full package.json file: 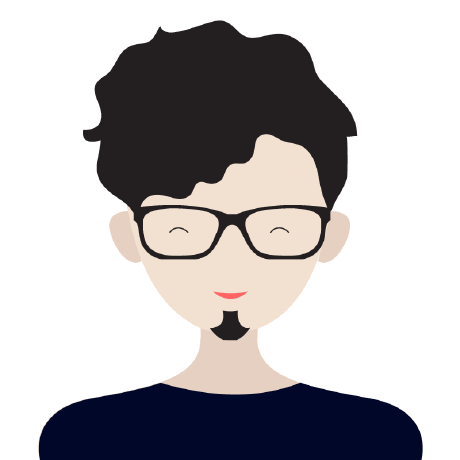